Stories
You are here: Home1 / Stories2 / Columns3 / Stamps make a world of difference

Who would have thought the once-popular children’s pastime of stamp collecting was still alive?

Well, not only is stamp collecting still going strong, but it continues to make a world of difference to communities around the globe through the Lutheran Church of Australia’s (LCA) Stamps for Mission program.

Since its inception more than 80 years ago, almost $446,000 has been raised for mission causes, says Peter Nitschke, Stamps for Mission national project director.

The process of collecting, cleaning and sorting stamps has been an activity in many Lutheran youth groups across the country for decades. Funnily enough, it is often still those same people who are helping to keep the program going today.

‘It was still a youth activity as late as 2006 and we realised the youth who were involved in stamps for mission were now in their 80s and 90s’, says Peter, a retired teacher.

‘There would have to have been literally hundreds of people involved from all around the country. Even the youth at Lameroo [in South Australia] are still cleaning stamps and there would be many more congregations still collecting them.’

Stamps for Mission, a fundraising arm of LCA International Mission, was established in 1938 through the efforts of Pastor Ted Koch and Mr Ern Unger, who spent 65 years collecting stamps and building a national team of helpers.

Peter began following Ern’s footsteps after a chance meeting in Parkes in 2003 when Peter and his wife Margaret were travelling back to South Australia after living in Queensland for 15 years.

Peter had been an avid stamp collector since the age of seven when his aunt gave him stamps and an album for his birthday. As a carer to Margaret, who was ill with multiple myeloma, it was a job with the flexible hours that Peter felt he could help with.

‘It was something I could do any time day or night while caring for my wife’, he recalls.

And so began almost two decades of support for an industrious team which gathers, cleans and sorts stamps.

While millions of stamps go through Peter’s hands each year, occasionally he finds a high-value gem, such as a post-marked envelope worth $2500.

‘Anything philatelic is saleable’, says Peter. ‘Whether it is mint stamps, used stamps, or stamps from overseas.’

The stamps are boxed up and sold to local collectors and larger philatelic businesses. An A4 paper box of stamps can be worth between $300 and $1100, depending on the stamps.

With all this work, you’d think Peter would be dreaming of stamps. He doesn’t – but knows clearly what good they can do.

Peter has seen firsthand the world of difference the funds raised from Stamps for Mission have made through a 10-day trip to Papua New Guinea in 2018. The trip included a visit to the Lutheran Highlands Seminary at Ogelbeng, near Mount Hagen, where seminary students grow food to support themselves while studying.

‘When you see the limited resources these people have and yet you see their love for Christ and wanting to serve him, it is mind-blowing’, Peter says.

‘We saw where they live, and their commitment, and boy it made me determined to continue our work … it’s made a lasting impression on me. If we can support them in small ways, they can do great things with it.’

The seminary is one of six $2000 projects Stamps for Missions provides to each year.

‘When I think what an Australian dollar does in places like these, we get eight to 10 times the value’, he says. ‘To me, these people have very little but they still have a real heart for the Lord, and that’s what motivates me. It’s about God’s love for us and what he has done for us.’

That is reflected in one of Peter’s favourite Bible verses, John 1:14: ‘The Word became flesh and made his dwelling among us.’

Thankfully, Peter says there are no signs of stamp collecting dying out, with annual fundraising levels remaining consistent. And finding helpers became even easier during a year of COVID lockdowns!

‘When COVID first hit, I had three people come and ask for stamps as they didn’t know what they were going to do during lockdown’, he says. ‘I think we’ll be going for a long time yet, and while the post office keeps issuing more stamps year by year, we’ll carry on.’

Helen Beringen is a Brisbane-based writer who is inspired by the many GREYT people who serve tirelessly and humbly in our community. By sharing stories of how God shines his light through his people, she hopes others are encouraged to explore how they can use their gifts to share his light in the world.

Know of any other GREYT stories in your local community? Email the editor lisa.mcintosh@lca.org.au

END_OF_DOCUMENT_TOKEN_TO_BE_REPLACED 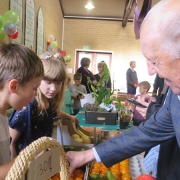 Fundraising for the kingdom – which servant are you? 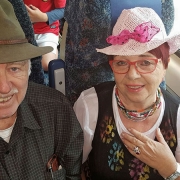 Candles light a fire for ministry 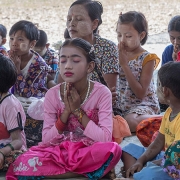